Home
Healthy Food Recipes
5 Most Expensive Soups in the World 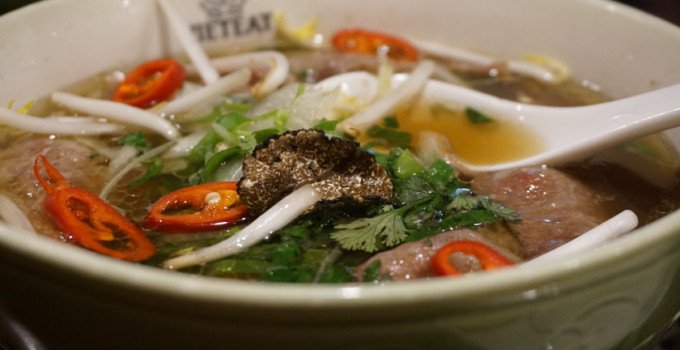 How much would you spend for a soup? Besides from we don’t consider soups as a main dish, it is not a usual expectation to spend a withering amount of money for a warm sip… but just as a pound of beans of coffee can be as costly as a month’s pay for entry jobs, so does a soup can cost up to a whole year’s pay.

To have a glimpse on this mind-boggling fact, let us know what’s on this very luxurious lineup.

Bearing the record of the most expensive soup in the year 2005, at present, this $240 soup is now on the Top 6 yet is still creating the noise just as it did the first time it had been made known to the public.

So, what is this soup made of? And why does it have such a very intriguing name?

This soup could be found at Kai Mayfair in London and is made up of shark’s fin, sea cucumber, dried scallops, pork, chicken, ginseng, abalone, Japanese flower mushroom, and huan ham- and yes, you’re thinking it right, the ingredients these soup are made of are no joke… imagine, having the need to order 5 days beforehand because of the very low availability of the said?

Regarding the name it carries, as based on a tale, this soup was made behind a Buddhist monastery- and because of the irresistible smell of the meat coming from this soup, one of the Buddhist monks, who is bound to stay vegetarian, has jumped over the wall to ask for a bowl of one… later on, a poet has written the following lines:

“The soup was so good that Buddha himself would have had jumped over the wall for a taste.”

That then has been the start of the journey of this soup into making a world a more “fulfilling” place to live in.

Now for our contender bringing the pride of Asia, we have the Presidential Beef Noodle Soup of Niu Ba Ba especially made from Taipei, Taiwan What’s indeed interesting about this soup is that it is not originally priced this high, but because of the feedback from the customers saying that this soup deserves to be priced more than it had been in the past, it was only then that the price had been beefed up.

Focusing more on the soup itself, its creator, Chef Wang Congyuan, had actually spent 15 years just in order to attain just the right beef noodle soup that he might have never knew back then, could have attain popularity such as groundbreaking as it has now.

Do you also know that the beef he is using is imported from different countries including Japan, Brazil, Australia, and U.S.? He must have been very serious, mustn’t he? In cooking, Wang has his own way of cutting these beefs differently just in order to assure that the serving would indeed be perfect.

If the previous soup we had stated needs to be ordered 5 days in advance because of its ingredients, the long time required by the serving of Wang’s beef noodle soup is more of due to the processing which all of the beef undergoes: slow braised for 3 days and right after, is refrozen again. Hence, if the last one took 5 days, Presidential Beef Noodle Soup would consume roughly around… 1 whole week of preparation.

This broth is prepared in Australia despite the restaurant being Chinese-based as of origin.

What makes this soup special? A single bowl requires around almost a kilo of shark fins! Add up to that the Abalone, scallops, and the Chinese mushroom used. No doubt it costs as expensive as this.

If you think that Las Vegas has been a Sin City just because of gambling and sex together with affluent YOLO living, you’re missing a great part of what’s really behind it. That’s because, one of the reasons why it has been tagged as a city of endless indulging is because it is also a home to the second most expensive soup in the world.

This soup serves as an honor-giving to the lucky number 8- the digit of luck and wealth, as for the Chinese beliefs. Yet, that isn’t what makes this soup special. You wanted to know what does? Cordyceps.

Cordyceps- a caterpillar fungus that is formidable rare for it grows only in location 3,800 meters above and only in selected environmental conditions which is season-based.

Medicinal benefits, the rarity of its main ingredient and the lucky number it is attached with- no wonder why it is priced as extravagant as this.

“How could a broth amount to hundreds of thousands? That’s ridiculous.” If that’s your initial thought and so do ours. But, let’s see!

Vietnamese Pho Soup is made up of A5 Wagyu beef, white Alba truffles, foie gras broth, hand-raised bean sprouts and rare blue lobster meat-made noodles. They all sound incredible right? But the real deal behind this staggering price is that it is auctioned with a starting amount of the price we’ve stated above… what’s more insane is that it can be purchased way more higher!

Let’s see if in the next few month, an update about this soup could shock us even more as how it did now.

The Manual. (2019). Would You Eat (and Pay for) the World’s Most Expensive Soup? | The Manual. [online] Available at: https://www.themanual.com/food-and-drink/worlds-most-expensive-soup-cosmopolitan-las-vegas/ [Accessed 25 Jan. 2019].