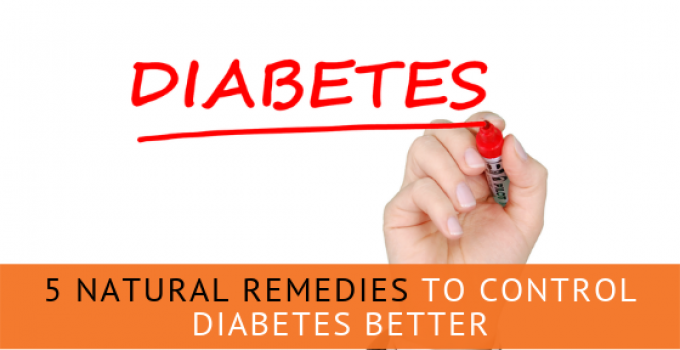 Diabetes is a metabolic disease in which the body’s inability to produce any or enough insulin causes elevated levels of glucose in the blood. According to the World Health Organization, in 2010, there were 309,000 deaths related to non-communicable chronic diseases, including diabetes. Approximately a quarter of these deaths were people of working age (younger than 60 years). Moreover, the organization reports that the Philippines is one of the world’s emerging diabetes hotspots. Ranked in the top 15 in the world for diabetes prevalence, Philippines is home to more than 4 million people diagnosed with the disease – and a worryingly large unknown number who are unaware they have diabetes.

There are two main types of diabetes mellitus: Type 1 and Type 2. However, there are also other types: gestational diabetes (occurring during pregnancy in women) and diabetes insipidus (excretion of large amounts of dilute urine). Each of the forms is distinct.

Here are the common natural remedies to control diabetes:

It is also called “bitter melon” or “bitter gourd” in English. It is a popular remedy to diabetes in the Philippines. The Philippine Council for Health Research and Development confirms the capacity of ampalaya to reduce blood glucose levels. This plant has numerous phytochemicals that imitate the qualities of sulfonylurea drugs. It also contains compounds similar to insulin. Eating this vegetable frequently or drinking raw juice of this vegetable is said to lessen sugar levels.

Banaba is a popular Philippine medicinal plant used to treat diabetes mellitus and other ailments. Banaba is high in corosolic acid, tannins, and lagerstroemia which is used in many drugs prescribed for treating diabetes.

How to Prepare Your Banaba Decoction:

Additional note: The red-orange Banaba leaves have high levels of corosolic acid which is good for treating diabetes. Use these leaves in preparing your Banana decoction

Cinnamon has insulin-like properties that are proven to reduce blood glucose levels. It nurtures the digestive system and maintain healthy glucose metabolism. Always include cinnamon in your daily diet. It can control obesity related diabetes and hyperlipidemia.

Ginseng is a plan tuber credited with various tonic and medicinal properties especially in Asia. It has been an important Chinese herb used in the treatment of diabetes. This herb is said to aid in slowing down the absorption of carbohydrates and boost pancreas’ ability to produce more insulin, and insulin receptors, thus effectively reducing sugar levels in blood.

Locally known as “bayabas” in the Philippines, this fruit-bearing shrub grows in tropical regions like Mexico, Peru, and the Philippines. It is widely used as herbal medicine and is recognised by the Philippine Department of Health for its antiseptic property. It is rich in vitamin C and vitamin A. Its leaves and fruits contain eugenol, tannin, saponins, amygdalin, phenolic acids, malic acid, ash, aldehydes, catequinic compounds and flavonoids.

How to make your guava decoction: