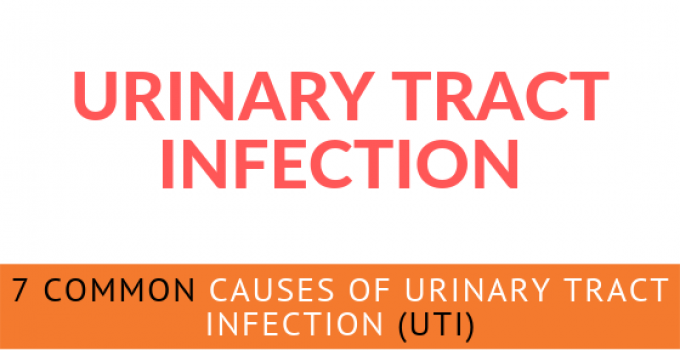 Urinary Tract Infection or UTI is recognised to be one of the most commonly acquired ailments and is more prevalent in women than in men. UTI is discomforting and can annoy a sufferer for all day and night.

UTI is a common bacterial infection that affects the entire urinary system. This infection is caused when bacteria enter the urethra. After entry, bacterial colonies grow and multiply. These bacteria will then invade the bladder and then later on, the kidney.

Signs of UTI include feelings of pain or burning sensation when urinating, cloudy urine, increased urge to urinate with limited generation of urine, smelly urine, and mild pain in the lower stomach. For some women, nausea and chills might also be experienced.

These bacteria responsible for UTI include E. coli, Staphylococcus, Klebsiella, and Enterococci. These bacteria might invade the urethra from the bowel that colonise the skin near the rectum and vagina, or from the environment which can gain entry through the vagina.

Here are the common causes of UTI we found as we scoured the web for answers:

The most common cause of urinary tract infection in women is sexual intercourse. Women are more prone to infection during an intercourse due to women’s anatomy (urethra is closer to vagina, and also the anus). During sex, the bacteria from the vagina gain easy access into the urethra. Also, infection can also arise from bacteria from the partner’s sex organ. So wash before and after sex, it can greatly help prevent UTI.

Read: 6 Foods to Avoid When You Have UTI

What happens when you hold back your urine for long hours? Well, you’re stretching your bladder muscles beyond its limit. Frequent stretching weakens the bladder. And a weakened bladder cannot empty all urine and few droplets are left behind even after urination. This makes an individual prone to infections in the urinary tract and bladder. So, don’t hold it! Let it go!

Your immune system has a great role in preventing UTI. When your immunity is weak, your are more susceptible to infections. HIV patients, people who have undergone transplant and women subjected to chemotherapy have suppresed immunity and are exposed to the risk of UTI.

Women who use spermicide for contraception also complain of frequent infections in the urinary tract.

Associated with pregnancy is high progesterone levels which can decrease muscle strength in bladder and ureter. This usually cause urine reflux and can lead to urinary tract infections in pregnant women.

Another reason why women are more susceptible to UTI than men is because women have shorter urinary tract than men. This makes it easier for bacteria to move into the organs in the urinary system.

Urinary catheterization increases the risk for urinary tract infections. The risk of bacteriuria (bacteria in the urine) is between three to six percent per day and prophylactic antibiotics are not effective in decreasing symptomatic infections. The risk of an associated infection can be decreased by catheterizing only when necessary, using aseptic technique for insertion, and maintaining unobstructed closed drainage of the catheter.

A predisposition for bladder infections may run in families. Other risk factors include diabetes, being uncircumcised, and having a large prostate. Complicating factors are rather vague and include predisposing anatomic, functional, or metabolic abnormalities. In children UTIs are associated with vesicoureteral reflux (an abnormal movement of urine from the bladder into ureters or kidneys) and constipation.

Persons with spinal cord injury are at increased risk for urinary tract infection in part because of chronic use of catheter, and in part because of voiding dysfunction. It is the most common cause of infection in this population, as well as the most common cause of hospitalization. Additionally, use of cranberry juice or cranberry supplement appears to be ineffective in prevention and treatment in this population.