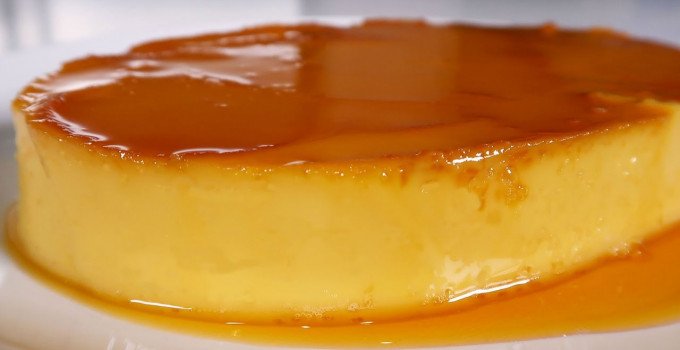 Leche flan is the same as the known creme caramel in European countries. It is a custard dessert with a layer of caramel sauce on top. The name leche flan is used in the Philippines. This term is derived from the Spanish flan de leche, which means milk flan. In Vietnam, creme caramel is known as banh caramel, kem caramel, or caramen; their version also has variations, such as the addition of black coffee on top of the flan. They also brown the caramel more than the typical caramelization for a bitter or burnt taste. In Mexico, flan is called Flan Napolitano; this version has cream cheese in it for a creamier version.

Our Pinoy version of flan is heavier than that of the Spanish one. It is commonly cooked by steaming, but it can also be baked. Do you know that we still have a heavier version o f this flan? This heavier version is called tocino de cielo, which means heaven’s bacon. The addition of significantly more egg yolks and sugar makes this version heavier. This is good for those who have sweet tooth and have no worries about sore throat.

Leche flan is very popular in our feasts and special occasions. This is actually a special dessert that everyone looks forward to. The table will not be complete without this sweet one. We love the richness, smoothness, and overall taste of such flan. Here is a tip. To make your leche flan smooth, that is, without bubbles, do not beat your egg mixture too fast! Also, stir the milks gently. So what makes this Bulacan-style leche flan different? This recipe adds in dayap or lime rind in the egg yolk, milk, and sugar mixture. How does this version taste? Try this recipe and let us know if you like it. Enjoy!