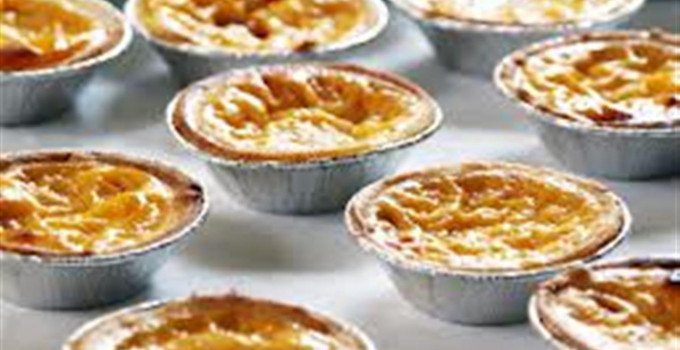 Egg tart was introduced to Hong Kong as a kind of “dim sum” (snack) during the 1940s. Basically, egg tart or egg custard tart (commonly romanized as dan taht) is a kind of custard tart found in Portugal, England, Hong Kong, and various Asian countries, which consists of an outer pastry crust that is filled with egg custard and baked. That simple. But this simplicity brings out such heavenly treat.

Nowadays, egg tarts come in all kind of flavors such as milk tarts, honey-egg tarts, ginger-flavored egg tarts, chocolate egg tarts, green-tea-flavored egg tarts, and even bird’s nest tarts. Despite these flavorings, the original egg tart will still be the best. In this recipe, you can bake according to your preference. You can reduce the sugar used on the crust and the filling to fit your taste. If you want, can add more sugar to the filling. Oops. Do not worry about some leftovers. You can put them in the refrigerator for later use.

Ready? Bring out smiles on people by serving these special, homemade tarts. What is more delicious than something that is baked and made with the heart? Enjoy!