Need to prepare snack for your colleagues or for your child’s birthday? Try this easy ham and cheese roll appetizer recipe, which can be a perfect finger food for parties and breaks for both kids and adults.

The recipe is very simple and inexpensive. At home, these ham and cheese rolls are usually made after Christmas or any event in which there are leftover bread slices and ham? Inexpensive, right? Nowadays, this appetizer is becoming common in any eating sessions of celebrations.

Simply, the bread slices are flattened, rolled around the ham and cheese filling, dipped into beaten egg, rolled in bread crumbs, and deep-fried until golden brown on the outside. You may add pimiento or a piece of grilled fresh bell pepper inside, along with the ham and cheese. If you are extra adventurous when it comes to food, maybe you would like to balance the saltiness of the ham and the taste of the cheese by adding something sweet of your preference. Well, that will be according to your creativity in cooking. If you want to make it safe, simply follow the instructions below.

Cooking tip. Bread has this tendency of absorbing oil. Hence, flattening the bread until it becomes pudding-like before wrapping the ham and cheese inside will be helpful to prevent the bread from absorbing more oil.

Ready for a meaty, cheesy food on the table? Enjoy! 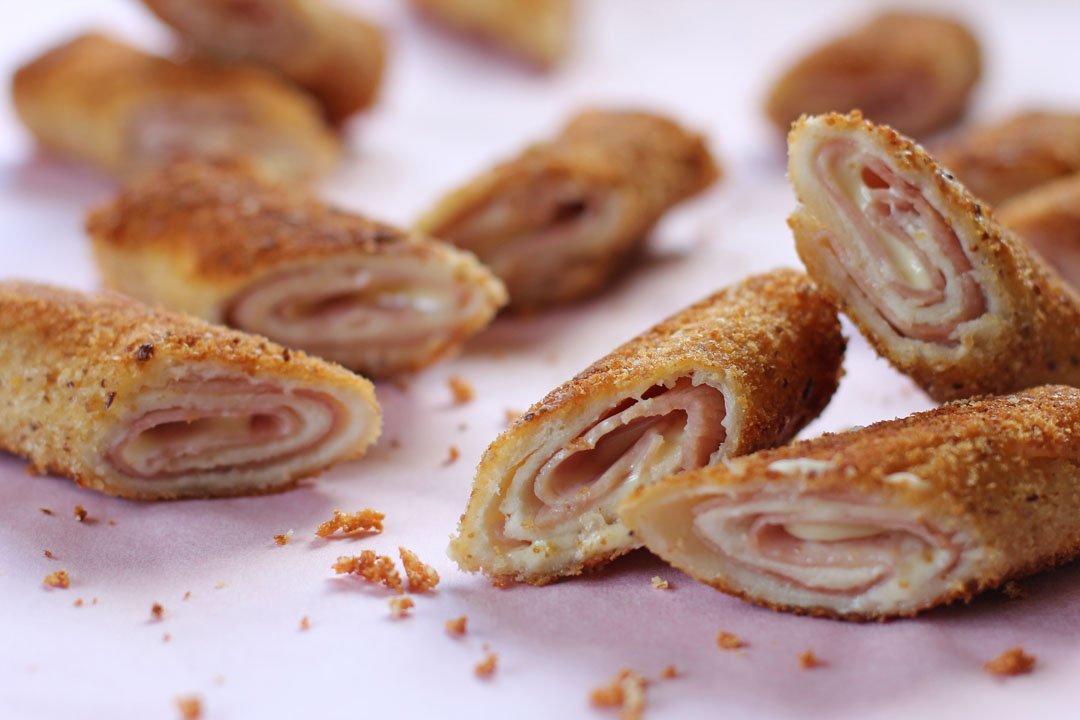