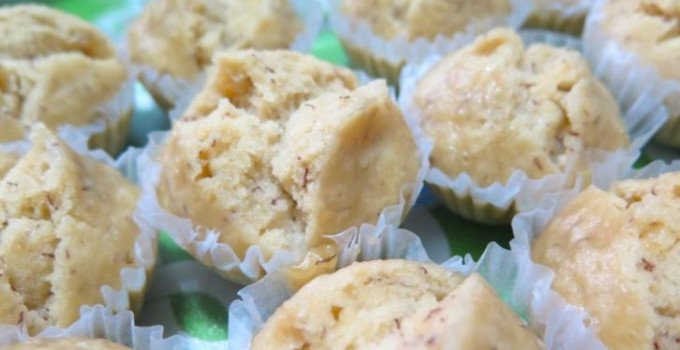 Our culture is very rich in traditional food or kakanin. One of which is puto, a form of steamed rice cake that originated in the country. You may have been very familiar with this. You have surely tried eating puto with pancit or dinuguan, which is a common practice. As a snack, this rice cake is commonly served with such savory dishes during birthday parties or other celebrations.

Older generations have a very manual or traditional way of making puto. Nevertheless, their process can result in such a soft, moist, fine, yummy puto. Previously, they used gilingan na bato or grinding stone to prepare the main ingredient, rice, which was usually soaked in water overnight. Without any other ingredient, this kind of puto is so white in color and pure in taste! Nowadays, instead of the previous soaked rice, readily available all-purpose flour is used. Such is the case in this recipe. Aside from the use of flour, the shape, color, texture, and flavoring of puto now vary. Common colors are pink and green, which can be found in small puto that is being sold at markets.

There are different puto variations in the country. Puto bumbong, which is common during the Christmas season, has a distinct purple color. Puto kutsinta is the one made using lye; its color may ranged from reddish brown to yellow or orange. Puto pao and puto maya are also types of puto. In the Philippines, the most common type of puto may be that one shaped like a cupcake with a strip of cheese on top. We love it!

In this recipe, we introduce a new flavor-banana. We tell you, this banana puto a very healthy option. The potassium and magnesium in bananas can help lower blood pressure. Its magnesium can also help us develop strong bones! So give this recipe a try! How to Make Banana Puto