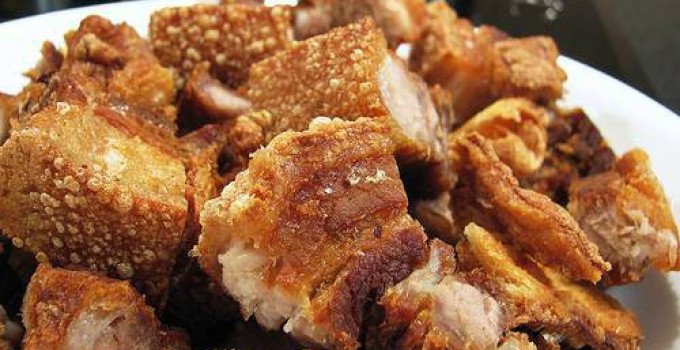 Just looking at the picture makes you want to have it for tonight’s dinner, right? Well, this is perfect. Here is an easy recipe on how to cook your own lechon kawali.

The word lechon originated from the Spanish word lechón, which refers to a roasted suckling pig. Hence, lechon kawali is a Spanish-influenced dish that is a version of the original lechon, the Philippines’ national dish. The dish is a crispy deep fried pork belly. The original lechon skews the whole pig in a bamboo stick, whereas lechong kawali uses that deep frying method in oil for a delicious and crispy pork meat. “Kawali” is a Tagalog term for a wok or deep frying pan.

The cooking process is easy (except if you are afraid of those splatters of oil during frying). However, you should make sure that the liquid where your meat will be boiled is flavorful enough so that your meat will have such taste when it absorbs those spices. After boiling, you can also freeze your meat to accelerate cooling before frying, which will result in a crispier skin when fried.

In the Philippines, Mang Tomas and toyomansi (soy sauce with calamansi) are the common accompaniment of this dish. Well, you can serve it with whichever sauce you want. Yum!