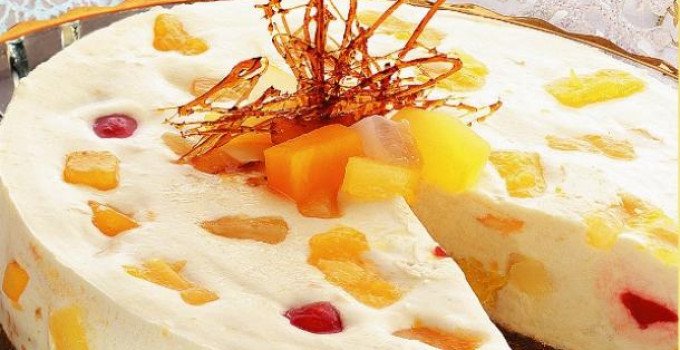 In Filipino cuisine, original Filipino cake recipes are somewhat of a rarity. There are Filipino recipes along the lines of indigenous rice cake delicacies like bibingka, sapin-sapin, or cassava cake but they’re not the typical cake that the world knows of. If we’re going to discuss cakes in the Philippines that are similar to the ones found in the west, all I could come up with is the Crema de Fruta Cake and Sans Rival.

There are also cakes made with traditional Filipino flavors like the ube cake and yema cake. All are incredible cakes that are undeniably made for the Filipino palate. For someone like me who’s a huge fan of sweets and pastries, it’s always a great time whenever these desserts are set on the table.

The desserts that I grew up with were the typical Filipino desserts mentioned above. My parents usually have to order them at the local bakery for celebrations like birthdays, fiestas, and the holidays. It wasn’t until recently with cafes and boutique diners popping up in the city that I’ve got to try the delectable cheesecakes.

Of course, I’ve tasted and loved cakes that don’t use traditional Filipino flavors, chocolate and red velvet cakes are some of my favorites. But at that point, cheesecakes are something completely new for me to try. I’ve often encountered them at bakeries but in my little pre-teen mind, why should I get a small-sized cake (the cheesecake) when there’s a beautiful cake on the shelf below it that’s twice its size in height.

So one day, I was at a boutique diner with my friends and they’re offering a blueberry cheesecake. At that point, I was starting to get adventurous with what I have for desserts. So I said why not? Let’s give it a try. And oh, the first bite of that slice of blueberry cheesecake was delicious.

It’s a lot lighter and creamier than a typical cake pastry. It also has a firmer first layer or crust with what seems like crushed cookies or graham. It was delicious and from there, I was very excited to try other cheesecakes that I can get my hands on.

And that’s pretty much how I got introduced to cheesecake. Over the years I started to get interested in cooking and quickly developed a passion for it. Baking also sparked my interest and as an adult with my own house, I managed to invest in an oven to bake pastries and all types of sweets.

Cakes will always be my favorites to bake. Cheesecakes on the other hand took me a while to get a hang of making. I love that we can practically use any type of fruit or flavoring ingredients with making a cheesecake. It can unleash everyone’s creativity, especially with designing its toppings.

This makes me wonder why cheesecake has never really made a mark with mainstream Filipino cuisine. It’s mostly due to the fact that most Filipino households don’t typically have an oven. I’m pretty sure that the majority of Filipinos will love cheesecake and eat them on a regular basis if they can make them at home. During celebrations, most Filipinos would lean more towards purchasing cakes rather than cheesecakes.

It seems that cheesecakes have a niche following in the Philippines. But with the rise of popularity of no-bake recipes online, cheesecake is starting to pop up in Filipino households more and more. As long as there’s a refrigerator available, there’s no need for an oven to “bake” a cheesecake at home.

Now, with the lack of an oven not being an issue with making a cheesecake at home, you can satisfy your sweet tooth by trying this irresistibly delicious fruity cheesecake recipe! I got this recipe from a Del Monte packaged and successfully tried making it at home. So I thought why not share it with all of you. The best part is that this fruity cheesecake recipe requires no baking at all so everyone can give it a try.

The ingredients for this delicious fruity cheesecake recipe can be found below as well as the step by step cooking instructions. Have fun decorating and sharing this treat with your family and friends!