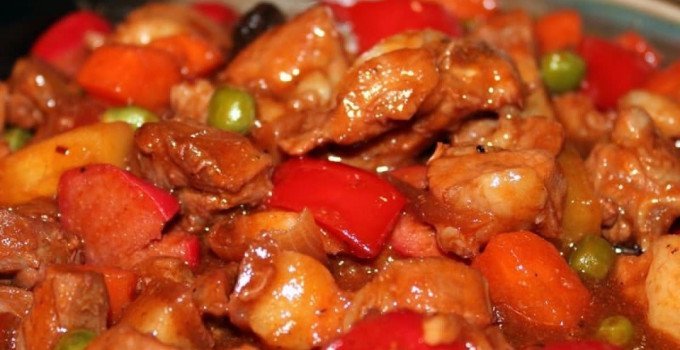 Want a colourful, but tasty blend of dish for dinner? Try this easy eight-step menudo recipe!

Menudo is well-known among carinderias or turo-turo around the Philippines. Even in celebratory feasts, such dish is something that you won’t miss. Unlike the Mexican dish of the same name, Filipino menudo is not made with tripe and red chili sauce. This easy to prepare traditional Filipino stew is made of garlic, onions, tomato, sliced pork and liver as main ingredients, and vegetables, such as diced potato, carrots, bell peppers, thus the vibrant colour once served. Soy sauce, vinegar, tomato sauce, salt and pepper are usually used as seasonings.

Among Filipino menudos, hotdogs are a common ingredient. Menudo varies by adding extra flavours from other spices and vegetables. Some would add in green peas and raisins, which give out that sweet taste in the dish. Other would prefer using fresh tomatoes over canned sauce. People who are not into liver because of its strong flavour or smell resort to sauteing the liver first in minced ginger, hence making it more gratifying to eat. Atsuete and paprika can also be used for added colours.

A tip to beginners: You can fry the potatoes and carrots separately before adding them into the cooking pot with the rest of the ingredients. Just ensure that there will be no excess oil drip, or your dish would turn out oily with those extras.

Just a matter of frying and mixing the ingredients. Easy, right? Try this recipe and have a hearty meal!