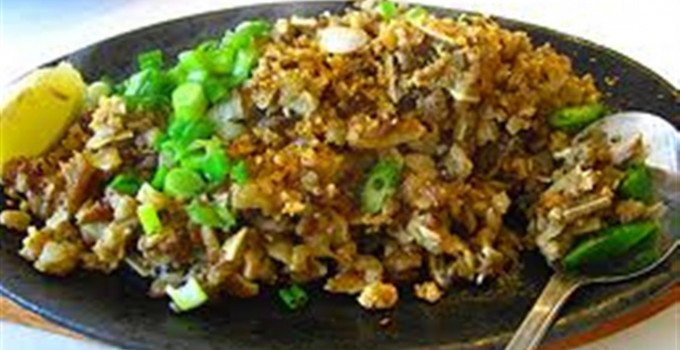 Sisig is a Kapampangan term which means “to snack on something sour”. This type of dish is said have originated from local residents who brought unused pig heads from the commissaries of Clark Air Base in Angeles City, Pampanga. The pig heads were sold in a very cheap price since they were not used in preparing meals for the meals for the U.S. Air Force personnel stationed there. The original ingredients and way of cooking it was that it has pork ears and jowl, boiled, chopped then marinated in a spicy broth-soy-vinegar sauce.
Nowadays, different varieties of Pork Sisig includes sisig pizzailo, pork combination, green mussels or tahong, mixed seafood,ostrich sisig, spicy python, forg sisig and tokwa’t baboy among others. This type of dish might be expensive but I know we’re after the quality of the output,right?
Pork Sisig is usually refers to fruits, often unripe or half-ripe, sometimes dipped in salt and vinegar. It also refers to a method of preparing fish and meat, especially pork, which is marinated in a sour liquid such as lemon juice or vinegar, then seasoned with salt, pepper and other spices.
In preparing this type of dish comes in three phases: the boiling, broiling and finally grilling. A pig’s head is first to be boiled to remove hairs and tenderize it. Portions of it are then chopped onions are added and served on a sizzling plate. Variations of sisig may add any of the following: eggs, ox brain, chicharon (pork cracklings), pork or chicken liver, and even mayonnaise.