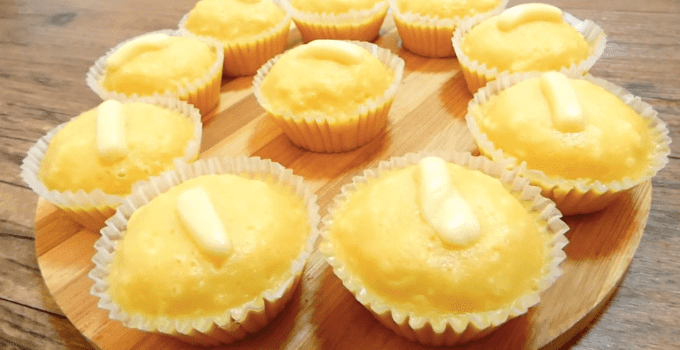 I really love how this recipe turned out. Puto Cheese is one of my favorite puto flavors. Mainly because of how such a simple addition of cheese flavor completely elevates the experience of biting into the fluffy rice cake. And in terms of Filipino recipes, puto cheese recipes are relatively easy to follow. It just requires precision and patience.

Also, if you already have some experience with making puto, adding in the cheese flavor is the only additional steps that it would take to recreate this puto cheese recipe.

The original puto recipe is probably the most popular kakanin or Filipino rice delicacy in the Philippines. Puto is one of the many steamed rice cake recipes in the Philippines, many of which are found to be indigenous to the country.

To Spanish speaking foreigners, puto may be an odd name for a staple dish. Many would simply assume that puto is a Spanish word that Filipinos adapted into their vernacular. But with some light research, I managed to figure out that puto actually came from the Malay word “putto” which literally translates to “portion.”

I didn’t manage the reason why this rice cake got its name, but I have a theory. The traditional puto recipe is originally made from slightly fermented rice dough or glutinous rice. Well, my theory is that puto is a dish that is typically made in times of scarcity. There were times when the original inhabitants of the Philippines needed to portion their food supply for as long as they can. So they have to make use of everything they have in stock, including their slightly fermented rice dough.

Puto is made in precise batches as they are traditionally steamed in bamboo shoots. So my theory is that to make puto, the ancient Filipinos will only just have enough slightly fermented rice dough to feed everyone. Thus, they needed to precisely portion the rice dough so no one would be left out. That’s where I think that the puto we know today got its name.

That’s my theory at least. Why do you think puto is named as such. One thing is for sure, though. Puto isn’t derived from a Spanish curse word.

You can practically eat puto at any time of the day, even breakfast. Today, puto is a popular snack, dessert, or accompaniment to rich Filipino dishes, specifically dinuguan or pork blood stew. I love dipping unflavored puto in my small bowl of dinuguan for merienda. It brings much-needed balance to the richness of the dinuguan flavors–no need for rice.

Modern puto recipes also have a huge variety of flavors, not just plain slightly fermented rice dough. From different flavors, colors, shapes, and sizes, puto has completely transformed from its original recipe. Different regions of the Philippines will have its unique version of puto that it originated and made popular throughout the country.

There are really creative puto recipes out there and seeing a pan of puto with assorted flavors has been a common practice from bakeries and pasalubong centers.

This puto cheese recipe may be one of the simplest versions of puto sans the original one. It’s completely delicious nonetheless.

This version of puto cheese is a great mix of the puto cheese found in Biñan and the ones people can buy from Goldilocks, a huge bakery chain here in the Philippines.

Scroll down below where you can find the ingredients found in this puto cheese recipe as well as the instructions you need to follow to recreate this at your home. We also made a fun video for you to follow if you want to have someone to cook alongside.