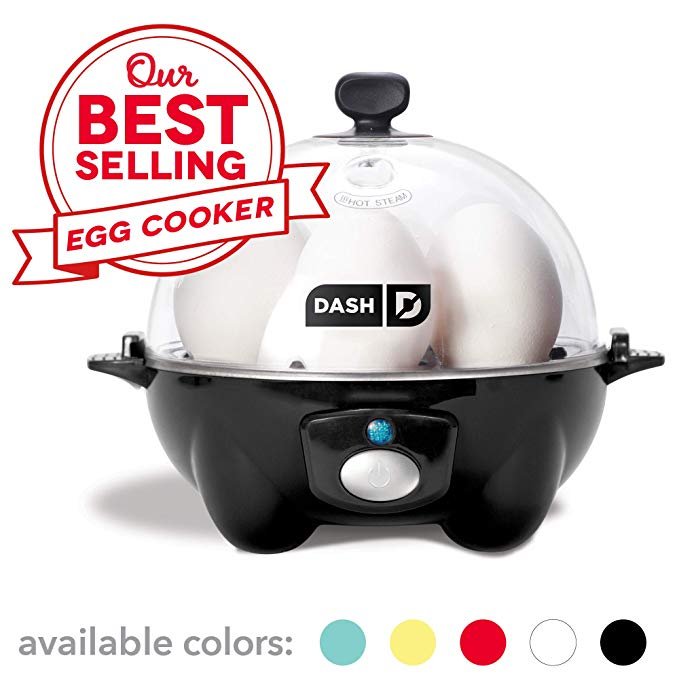 Egg is a staple food in most countries for its relatively affordable price and easy acquisition. This is not to mention that the egg, too, makes for an excellent source of protein which is essential in the human diet. Knowing egg as part of the human diet, there is more than one way it is served—it can either be fried, boiled, poached, scrambled, or even turned into an omelet.

Cooking an egg for meal is not necessarily rocket science. Each variant in its cooking, however, does entail a method that is significantly unique from the rest. But sometimes we would just wish that there is an easier method to cooking egg apart from the traditional.

Dream no more, Dash Rapid Egg Cooker has all the answer to all your “egg-as-food”-related dilemma—it can cook egg in any manner for you, so long as it is not a convoluted dish.

The idea of being able to cook an egg with some level of automation, as opposed to traditional cooking via the stove, is indeed a significant convenience especially in today’s fast-paced and busy lifestyle. Being able to cook the egg in any manner, as facilitated simply by changing the tray, also undeniably adds to the comfort of the user.

As much as we would like to take the Dash Rapid Egg Cooker as the best and most versatile egg cooker out there in the market, the output may not necessarily fit everyone’s taste. While some may find the egg cooker’s produce to be at par when done with a cooking pot, others find the result to be less satisfactory. But, then again, this is strictly nuanced by preference, mostly.