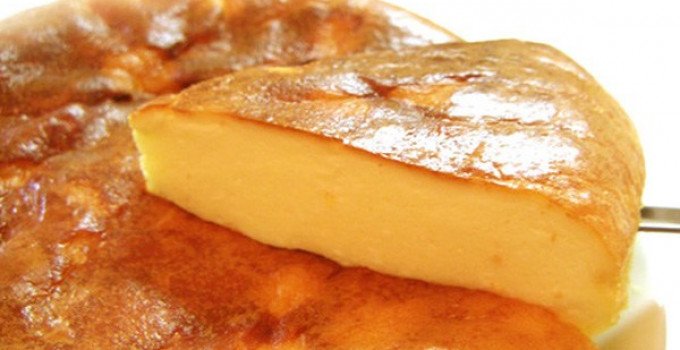 Do you enjoy your creamy smooth and rich cheesecake? What about an extremely fluffy, light, and souffle-like Japanese Cheesecake? I love them too! I got the first taste of the out of this world Japanese Cheesecake the first time I visited Japan–at the airport actually and I was quite intrigued by how they got it to be so light.

It was a refreshing dessert with just the right amount of tangy flavor amidst all the fluffy and smooth texture. It’s like the perfect dessert to cleanse the palate that’s not that filling to the stomach.

Thinking about it, practically no Filipino cheesecake recipes out there or any Filipino dishes that are equivalent to what the world knows as the delicious cheesecake dessert. Every country has its version of cheesecake but in the Philippines, the closest Filipino dish that I’ve come across from doing a little research is the ube cheesecake and the name is exactly as its described.

Now, the traditional cheesecake known around the world is a dessert with a crust at its bottom and the actual cake made out primarily of cheese as the second and main layer. The ube cheesecake is a Filipino recipe that perfectly falls into this classification with the purple color because of the ube making it quite unique from other cheesecakes. The bottom crust layer creates a satisfying contrast of textures as one bite into the cheesecake.

The Japanese cheesecake, on the other hand, doesn’t really have a bottom layer of crust. Instead, the entire dessert is made out of the fluffy and airy cake with decorations on top. Undecorated, it can resemble a chiffon cake that’s quite common in the Philippines.

Back here in the Philippines, I got to try a few Japanese cheesecakes at some restaurants and cafes but they don’t hold a candle as to the ones I got to try in Japan. So I was dying to recreate it at home and I was actually searching recipes online to create one but my oven was busted and can’t have it repaired until later that week.

The whole video seemed quite easy. My curiosity was peaked if this can really be done in real life if I just follow the video and at that point, I wasn’t willing to wait a week to make a Japanese cheesecake. I know that the results won’t be the same as when using an oven but I was willing to give it a shot.

The ingredients are quite simple to get as well as the tools used. I highly recommend this recipe for people who don’t have an oven at home and want a homemade Japanese cheesecake.

I’ll make sure to link the video down below. But if you don’t want to watch the video, read on to follow the entire process.

We’re also going to need a few baking tools like a sieve, a mixing bowl, a spatula, and parchment paper but we can work around this if it’s not available at home, except for the parchment paper. So I recommend getting some at your local market.

Okay, for our ingredients, we’re going to need 200 grams of softened cream cheese, 2 eggs, 80 grams of sugar, 2 tablespoons of lemon juice, 200 milliliters of whole milk or whip cream (both will create the same result), and 400 grams of cake flour.

Now for the baking process! I admit that I managed to fail at my first few tried at this but in a large mixing bowl, combine the cream cheese, eggs, sugar, and lemon juice until everything is well incorporated. Then gradually add the milk and flour all the while mixing it to break down the lumps. This will create the cheesecake batter.

To get a smoother texture, I suggest using a sieve on the cheesecake batter to get all the lumps out as possible.

Next, pour the batter into the rice cooker bowl and cook it for one white rice cycle. That’s pretty much it for the baking. To check if the cheesecake is done, stick a toothpick through the center and if it came out clean, it’s ready to go. If the toothpick didn’t came out clean then keep the cooker on the warm setting until it passed the toothpick test, as I like to call it.

All we have to do is decorate the cheesecake with toppings, slice it up, and serve. It was delicious, although I’m still looking forward to making an oven-baked Japanese cheesecake.