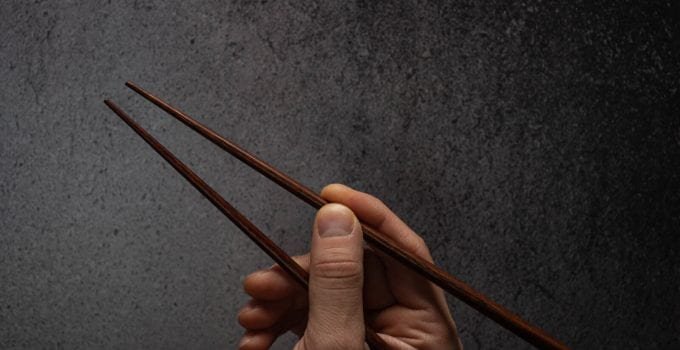 Japan is one of the countries that makes it to the list of the countries in our bucket lists. From tasty ramen to scenic tourists spots, Japan is surely an Asian country that you should not miss! Japan welcomes its tourists with their rich culture; thus, your trip will not only be filled of fun memories but also learnings from their culture.

Japanese people are forgiving to their guests but it is important to take note of things that you should avoid doing in Japan. As a tourist in their country, you are not exempted to follow the rules and etiquette that they abide. It is alright to make mistakes but taking notes of what to do and not to do can make your stay better. Here are some things you should know before visiting Japan:

Is it rude not to finish food in Japan?

Yes, it is. Japanese culture has the concept called ‘mottanai’ which is a sense of regret after wasting something. Japanese restaurants serve their dishes in small portions. If you’re travelling in Japan, make sure to order what you can only finish. So if you’re a picky eater, watch out. However, it is alright to offer something in your plate that you don’t like to someone else. Japanese culture includes sharing or offering food to anyone much like in Filipino culture.

Is it rude to drink from soup bowl in Japan?

It is definitely acceptable to drink soup straight from the bowl you’re eating from. This is absolutely the most acceptable case for soups that are served in a small bowl such as miso soup. However, it is common sense to transfer your soup in a smaller bowl when the soup is served in a larger bowl. It is also acceptable to slurp the noodles. It may be rude for some but you’re in Japan so don’t stop yourself from slurping the tasty soup from your bowl.

Moreover, it is acceptable to bring your bowl of food closer to your face to eat than bending your head to get closer. This is also to prevent you from dropping food on the floor.

Is it rude to clear your plate in Japan?

In fact, it is good manners to return everything in order as it was brought. It is respectful to return the lids of the bowls ad chopsticks placed together after eating.

Why do they use chopsticks in japan?

The chopsticks originated from china until it migrated to Japan, Korea, Vietnam, and other Asian countries. Chopsticks were mainly used for cooking until people began using them as utensils. Originally, the Japanese people used chopsticks for religious ceremonies only. Today, chopsticks are used as the primary utensils in Japan.

Confucius popularized the use of chopsticks as an eating utensils in China. He believed that knives have no room at the dinner table as it symbolizes violence and warfare that contradicts the joy and contentment that people should feel when having a meal.

What is chopstick etiquette in Japan?

One, using chopsticks to spear your food is rude. If you are having trouble in picking up the food, especially the slippery ones, try asking for a fork instead. Second, do not use chopsticks to pass food from your chopsticks to another person’s chopsticks. It is best to move the plate closer to someone than picking the food yourself using your own chopsticks. Once you’re done eating your meal, put your chopsticks together, sideways, across your plate or bowl. Leaving your chopsticks on the table gives the impression that you’re not finished.

What can you not do with chopsticks in Japan?

Do not use chopsticks like a sword to spear on your food. It is immature to poke on your food using your chopsticks. It is best to avoid this gesture if you don’t want to gain unwanted attention from the locals.

Avoid placing your chopsticks upright in your bowl as it resembles the incense used at funerals.

Is crossing your chopsticks rude?

It is considered poor etiquette to cross your chopsticks at it bears resemblance to the gesture used in Japanese funerals as well. Keep in mind to put your chopsticks parallel to each other when you place them down or when you are holding them.

Why is it disrespectful to put chopsticks on rice?

Is it rude not to eat sushi in one bite?

A piece of sushi should be eaten all in one bite. In Japan, you should always eat things in one bite. Separating a piece of sushi into two ends up destroying the intricately prepared sushi which is considered as an insult to the chef. Eating sushi in one bite shows respect to the one who made it.

Is it rude to mix wasabi with soy sauce?

Mixing wasabi with soy sauce is considered disrespectful. It shows lack of respect for the delicate flavors of the dish. Moreover, use soy sauce sparingly. It is rude to waste food, even soy sauce, in Japan. Putting too much soy sauce can also be considered as an insult to the flavor of the dish. The chef usually put wasabi in the sushi before it is served. If you want more wasabi in your sushi, dip the fish side of your sushi down in the soy sauce and spread the wasabi on the top.

Is it rude to eat sushi with a fork?

Sushi is usually eaten using your hands or chopsticks. It is to preserve the structure of the sushi as it was made. Japanese people would recommend to use your hands in eating sushi so the form would not be ruined, though it is acceptable to use chopsticks.

Is it rude to ask for a fork in Japan?

Do people use fork in Japan?

Yes, they do use fork, knives, and spoons for certain dishes that can be hard to use with chopsticks.

Is it rude to eat on the train in Japan?

Eating and drinking on local trains are frowned upon in Japan. Japanese people usually don’t eat in public. Bringing food and drinks other than water is prohibited in local trains. However, eating and drinking is acceptable in long-distance trains where your seat is provided with a tray and cup holder. This is to help keep the trains clean. Make sure to bring meal or snack in cross-country trains that does not have a strong or funky smell.

Is it rude to eat and walk in Japan?

Eating and walking is allowed in certain places only. Japanese people tend to perceive this as impolite because of their culture in doing one thing at a time or what they call “ikkai ichi dousa”. You can find food stalls in Japan, too. However, some tourist spots allow tourists to eat while walking but for some place where it is prohibited, it is best to eat near the stall where you bought your food and stop there to eat. Moreover, be careful when eating while walking in crowds. You might bump into someone and spill or stain their clothes. No one would want that while visiting Japan, right?

Why is tipping rude in Japan?

Tipping may be acceptable to other cultures in the world but not in Japan. It is considered as an insult when you leave a tip on the table. According to the Japanese, the prices in the menu are considered fair and reasonable. Thus, it is unnecessary for them to accept “tips”. Restaurant owners will return the “tip” to you if you ever leave one.

Why do Japanese sit on the floor to eat?

Moreover, most of the houses and apartments in Japan are small because of the growing population. Chairs take too much space in the household; thus, Japanese people prefer sitting on the floor to conserve space. Another reason is, Japan is an earthquake and tsunami-prone country. Having fewer pieces of furniture in their homes makes it quicker and safer to escape when an earthquake hits their country.

Furthermore, Japan is free from influences from other countries thanks to ts geography. It is isolated from other countries; thus, it is easier preserve their culture and tradition. When sitting on the floor to eat, remember to remove your shoes before sitting and be careful not to step on others’ cushions.

What should I avoid in Japan?

Avoid catching your food with your hands. It is disrespectful to cup your hand under your food to catch any drippings. Use tezara, or hand plate, instead; however, this may seem polite but this eating habit should be avoided if necessary.

Do not use your teeth to bite food in half. It is advisable to use chopsticks to tear your food into smaller pieces. Also, it is impolite to put half-eaten food back on the plate so try chewing bigger pieces with your hands covering your mouth.

Avoid placing the empty shells on the lid of a bowl or on a separate plate when eating clams or other shellfish. Leave the shell inside the bowl instead.

Avoid hovering your chopsticks over your food without picking any. It is improper to touch the food and put it back again on the plate.

Never blow your noise or burp at the table. Slurping may be acceptable but audible chewing and munching is considered impolite in Japan. Turn your back when sneezing or blowing your nose. The tissues on the table are not for blowing.

Don’t be late! When you have a reservation in a restaurant, stick to it and come on time. Also, it is rude to cancel your reservation that’s why some establishments may demand to pay a percentage or your entire meal cost.

Boyd, M. (June 2013). How to be Polite When Eating at a Japanese Restaurant. Retrieved from https://foodandnutrition.org/blogs/stone-soup/polite-eating-japanese-restaurant/

Harriss, J. (March 2016). Seven Things You Should Not Do When Eating Sushi. Retrieved from https://www.latimes.com/food/dailydish/la-dd-sushi-sins-20160319-htmlstory.html

Jones, T. (December 2013). Why Do Asian Nations Use Chopsticks? Retrieved from http://www.todayifoundout.com/index.php/2013/12/asian-nations-use-chopsticks/

Jones, T. (December 2013). How Chopsticks Were Invented. Retrieved from https://gizmodo.com/how-chopsticks-were-invented-1476244067

Kawaba, Q. (March 2018). Your In-depth Guide on How to Use Chopsticks in Japan. Retrieved from https://kawakawalearningstudio.com/all/using-chopsticks-in-japan/

Mishima, S. (January 2019). What Travelers Should Know About Table Etiquette while Dining in Japan.  Retrieved from https://www.tripsavvy.com/japanese-table-manners-1550731

Ueno, M. (May 2014). Things to Remember When Eating Outdoors in Japan. Retrieved from https://wow-j.com/en/sp/Allguides/other/tips_manners/00193_en/

We May Have Stolen Them From China, But Ours Are Totally Unique! (September 2013). Retrieved August 27, 2019, from https://www.tofugu.com/japan/chopsticks-in-japan/

Why Do The Japanese Eat And Sleep On The Floor? (May 2019). Retrieved August 29, 2019, from https://nihonnaka.com/why-do-the-japanese-eat-and-sleep-on-the-floor/

Why Do the Japanese Sit on the Floor to Eat? (January 2019). Retrieved August 27, 2019, from https://www.floorchair.org/blog/japanese-sit-on-the-floor-to-eat/